In the first half of the 1970s, an enterprising President of the Sawtell-Boambee Chamber of Commerce believed that the village needed its own newspaper and the Sawtell Guardian was launched. The President, Nancy Sanders, was its sole editor.

Published almost every Thursday between 1971 and 1975, this free newspaper gave a succinct four page snapshot of life both within and beyond local borders:

It offered a healthy mix of headlines, serious news articles, classifieds, business advertising, television and radio guide, along with local sport stories.  Conversations with long-term local residents said that the “Sawtell Guardian” served as a significant social conduit at a time when interest in what others were up to seemed incredibly high. Fast forward 48 years to the prominence of social media, and interaction, and one may argue that the “Sawtell Guardian” was ahead of its time.  From garden parties, to wedding commentary, to welcoming home individuals from holiday absences, there was a great deal of focus on prominent families and people.

Martin Wells, Vice President of the Sawtell Chamber of Commerce, 2018

Via a collaboration between Coffs Harbour City Council’s History Services, the Sawtell Historical Society which has cared for the original print copies, the Sawtell Chamber of Commerce and the National Library to digitise it for posterity, the Sawtell Guardian is now available for all to read in Trove. 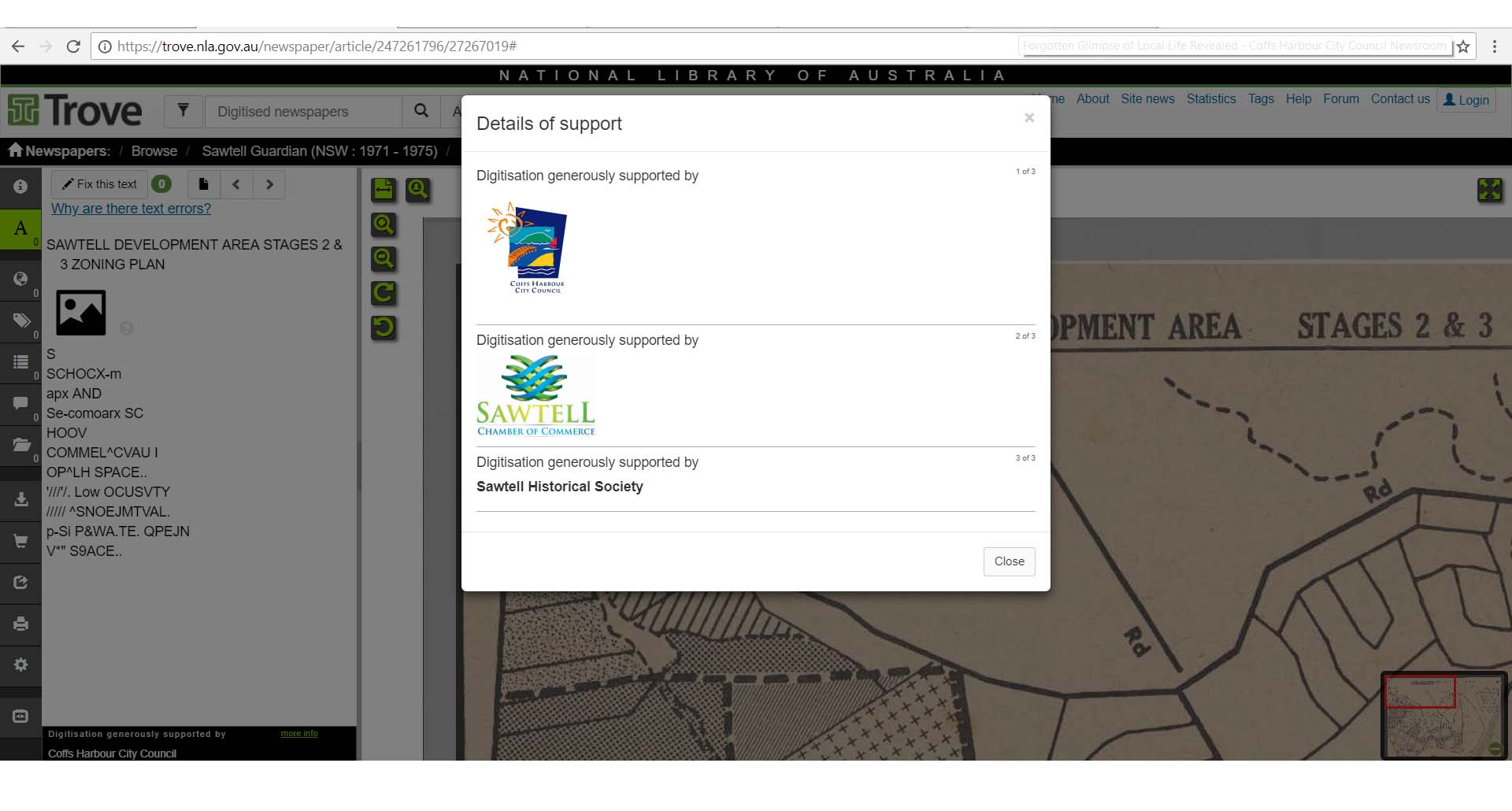 A wide range of historical content includes the reason behind the naming of Sawtell and other places in the Coffs Coast region.

For all those who grew up in Sawtell in the 1970s, the ability to “go home” without leaving home is an engaging possibility; while those who have never experienced this village life before will enjoy the lively snapshots which Nancy Sanders recorded as she kept an eye on the life happening around her.