David Pont was a Glenreagh-based man who married Charlotte Shipman in 1889 [1], and passed away in 1936. [2]
His main claim to fame was his “Mountain Maid” mine, which was the principal mine in the brief-lived Lower Bucca goldfield. [3]  The mine produced £20,000 of gold. [2]
While the Lower Bucca goldfield existed for only a few years from 1896, the village which sprang-up next to it, lasted well into the 20th century as an agricultural service centre, which included a school, store, hotel, and Mechanics’ Institute (School of Arts) at various stages.
The mining data sheet for the “Mountain Maid” mine (held by Coffs Harbour Regional Museum) gives a location of 0751E 6402N, which places the mine 200 metres south of the village. 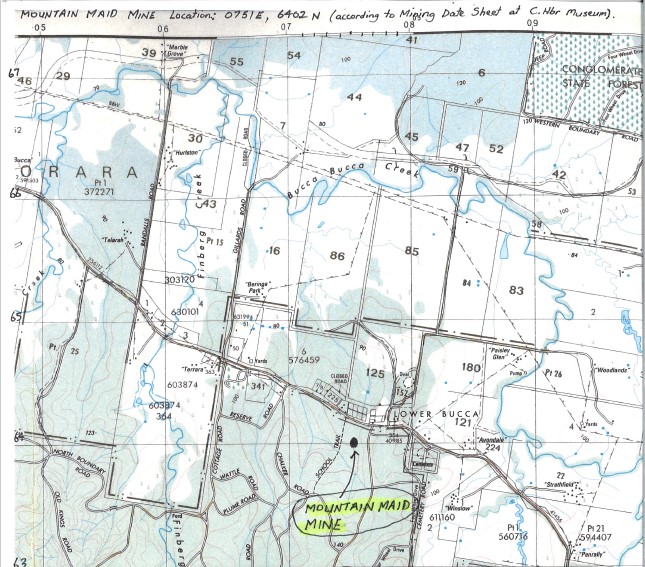 This miner’s pick reminds us of how hard life was before mechanisation.
Australia’s gold-miners in the 1800s were known as “diggers”, because that’s what they did. Dig.
See David Pont’s miner’s pick at the Coffs Harbour Regional Museum.
References