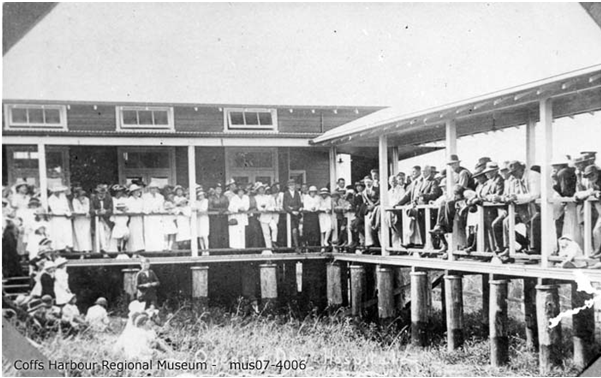 The  Coffs Harbour Hospital was opened in 1917 after eight years of fundraising by the local community to provide the initial one thousand pounds as required by the government at the time.  Once it was opened however there was ongoing struggles to fund the everyday running costs and despite various schemes the hospital was struggling to stay open by 1927.

On page 100 of Jean Donn-Patterson’s “Coffs Harbour 100 Years Down the Track” , believed to have been published in the 1980s, Jean states the following:

“In those early days it was rumoured that Sydney was quite impressed by our [Hospital’s] financial improvements and they sent representatives here to see how it worked. They were very impressed and so, they say, this was the beginning of our medical benefits. The old identities firmly believed this, and I feel it could be right too, but have found no evidence, so far, to support this claim.”  [1]

Now through Trove, evidence for the old identities claim is available. The 17 June 1930 edition of the Coffs Harbour Advocate describes how the Coffs Harbour Hospital’s contribution scheme was being adopted around the State. [2]

Coffs Harbour Hospital initiated the scheme for financing the hospital that is now gaining State-wide application, and demonstrated the efficiency of it in rural districts. It has made Coffs Harbour so prominent throughout the State that the secretary is becoming quite used to explaining the scheme to other hospitals which write for particulars. These inquiries have become so frequent that he has drafted out a terse and explicit explanation of the scheme and the way it was launched here, which is typed in his office and sent to those asking for it. It is as follows:–

“We have a scheme here which is proving a great success. For the payment of 6d per week for an adult or in the case of a married man 1/ per week, we guarantee to give free treatment should it be required. This does not include medical attention, the subscribers making their own arrangements with the doctor. We have 1500 subscribers which means an income of about £37 per week. On this we get Government subsidy. We employ a collector to collect the subscriptions. This is a full-time position. We pay £4/10/ per week and 10 per cent. of all money collected over £80 per month. When we started this scheme we forwarded a circular to every house-holder in the district explaining the scheme and stating that our collector would be calling at an early date. We also received much publicity through the Press. We found that the people responded readily, and generally prefer this scheme to the old methods of cadging. When the scheme was launched we promised not to hold any functions, etc., in aid of the hospital, beyond the annual ball, and this we adhered to. We have found the scheme a great success. We started off in debt and now we have £1200 at fixed deposit, have painted the institution and are now building a new men’s ward, maternity ward, and installing a septic sewerage system. For the 1/ per week paid by a family we treat husband, wife and children up to the age of 18 years. I will be glad to give you any further information required at any time.”

Occasionally, of course, one or two necessary amendments of figures have to be made.

Taree Hospital has adopted the scheme and appointed Mr. W. G. Hopper collector on a 10 per cent. basis.

George England’s history of Coffs Harbour Hospital, published in the Coffs Harbour Advocate in 1970, refers to this scheme as the “Jackson scheme”. [3] In 1927, Coffs Harbour Hospital was in danger of closing due to lack of funds. The Hospital committee (under President R. G. Jackson) decided to try the above-described scheme. It was a voluntary scheme, but there were “very few refusals” from the local residents. [4]

The scheme thus amounted to a universal contribution scheme, and by this means cracked the puzzle of how to fund the weekly running costs of a hospital.

To find out more details of this interesting story, please visit our Local Heritage page here for the full article. 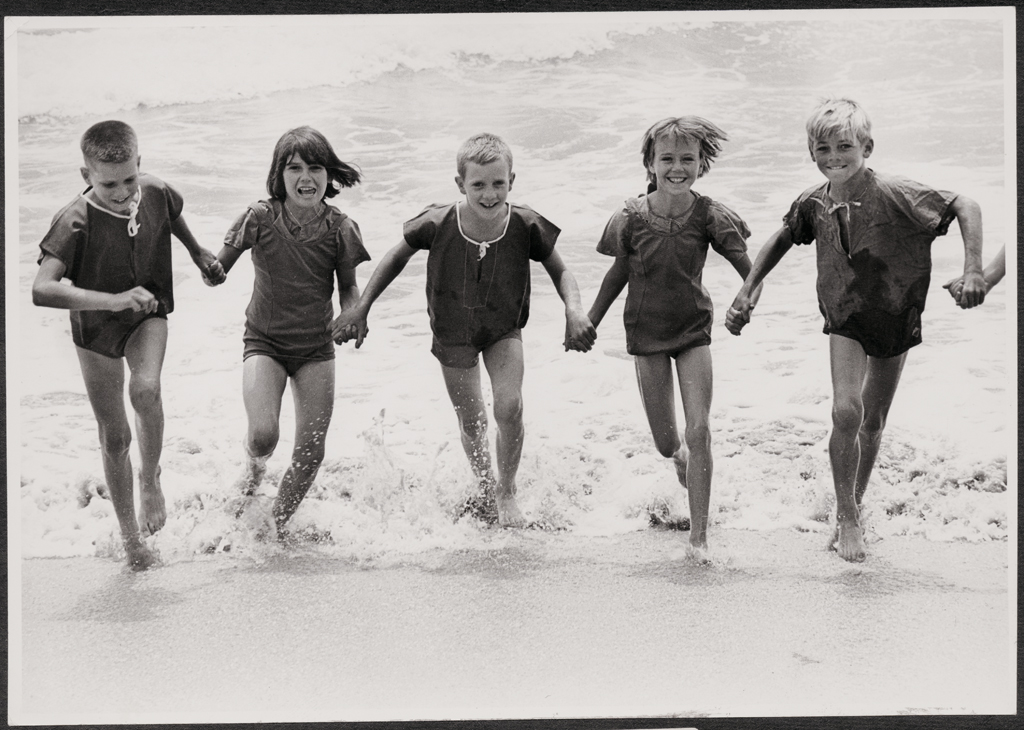 The continuing struggles for adequate health care for regional patients also led to the development of the Royal Far West Children’s Health Scheme.

The 24th of March, 2019 marks the 70th anniversary of the Royal Far West Children’s Health Scheme in Coffs Harbour. Over the years, the members of the Coffs Harbour branch have raised funds and worked with health practitioners to benefit thousands of local children, as well as contributing to the charitable works of the organisation across New South Wales.

As an integral part of the provision of health care in Coffs Harbour, the history of Royal Far West highlights how members of our community have rallied together, often in the face of isolation, financial scarcity and official indifference, to address the health needs of the Coffs Coast region.

The current exhibition on display at the museum until 11 May 2019 celebrates Royal Far West’s work in our community over the past 70 years, honouring the energy and commitment of its members and volunteers.