Local historian, George England  in 1970, noted that between 1883-1892 there were several fishermen operating in Coffs Harbour and Charlesworth Bay.  They took the fish out to ships from the Clarence where it was packed with ice.  There was also some smoked and dried fish sent to Sydney or sold to ships crews but it was not an important industry until the local ice works at the Butter Factory were established in 1910. 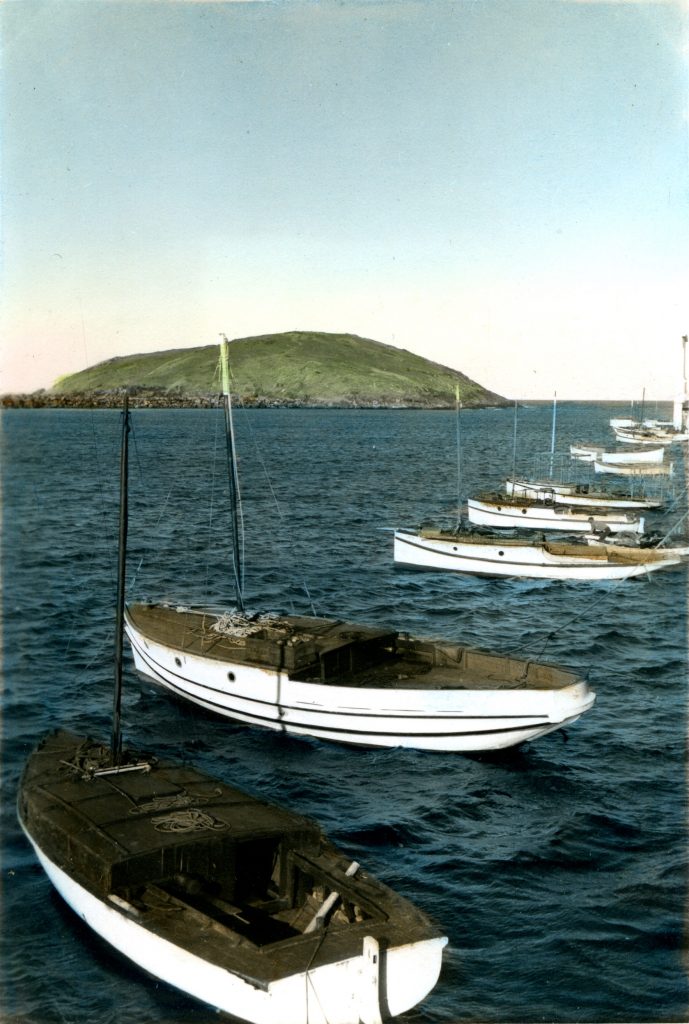 1908   Four motor-boats (and 20 crewmen) engaged in the fishing industry at Coffs Harbour.

1947   Temporary use of a shed on railway land for first depot. 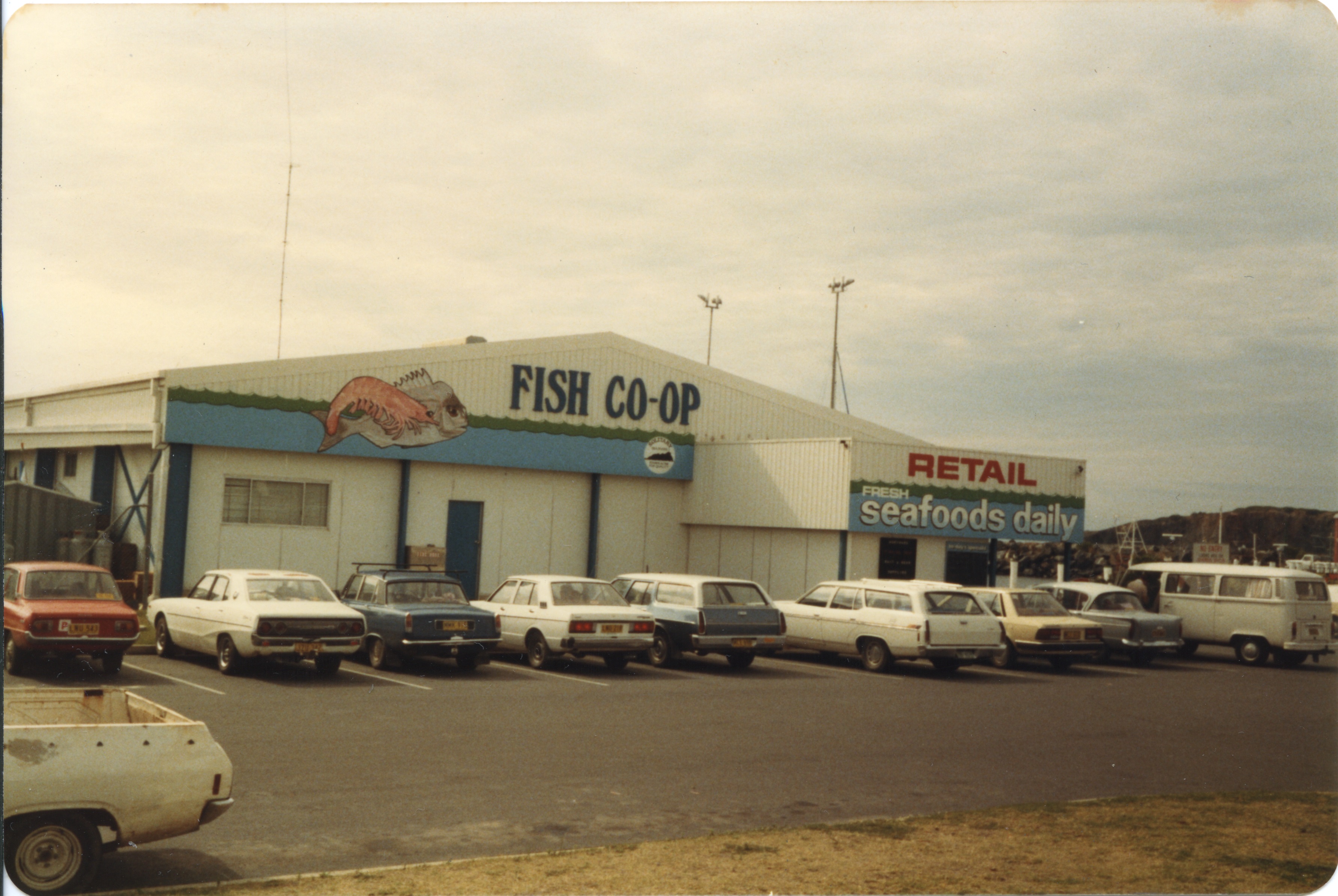 The origins of the Coffs Harbour Fishermen’s Co-operative.

In 1946, the New South Wales State Government was encouraging the formation of Fishing Co-operatives as a way to stabilize the fishing industry, which had a large black-market and a wildly fluctuating price for fish which made it difficult to create a livelihood from the industry. [1,2]

Three months later, they chose the Nambucca option, and looked forward to enjoying “all the special privileges with regard to the sale, control and marketing that are available to co-operative societies.” [4]

While plans were being made in September 1947 to build a depot and a jetty extending into the harbour from the northern breakwater wall [5], the Coffs Harbour members of the commercial fishermen’s union were voting to join a state-wide strike aimed at increasing the price of fish by 25%. [6]  The Coffs Harbour district’s fishing fleet of 25 craft and 60 men [6] was finding its feet….

Fishing was a relatively small part of Coffs Harbour’s economy. (Figures for 1959 list fishing as 2% of the local economy. [8]) But the decades following 1947 produced services for the fishing fleet such as the marine rescue service, a slipway and a marina; services which have helped give Coffs Harbour its distinctive harbour-town character. 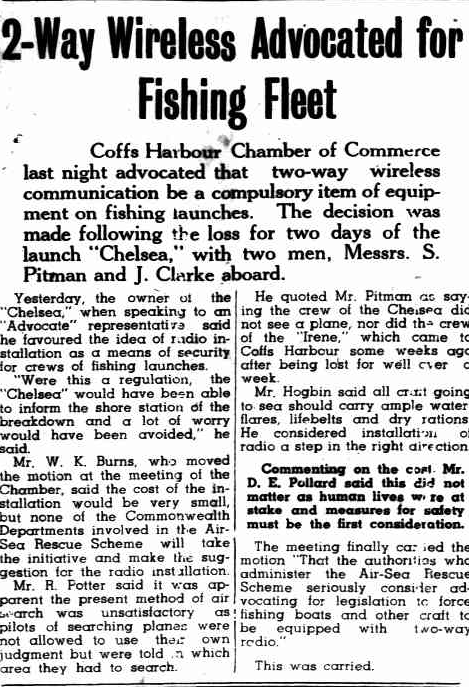