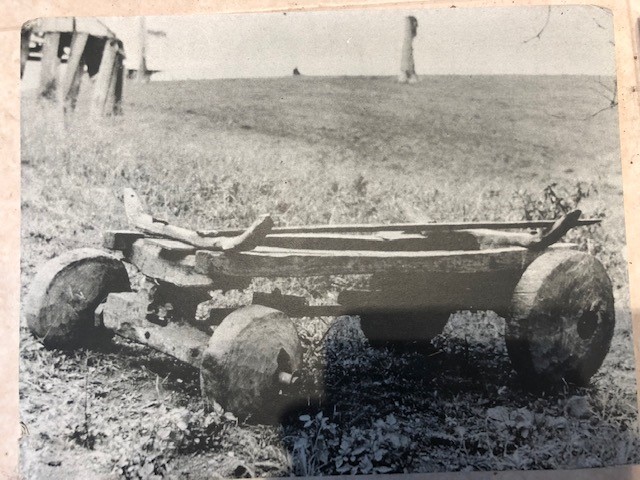 The “Flintstone Cart” is a rare and well-preserved example of a timber jinker, designed and handmade by George Albert Ellis [1875-1948] in the early 1900s. George Ellis was one of the first settlers to Moleton, Upper Orara, in the Coffs Harbour region of NSW.

Originally, the wooden cart was used to clear the timber on Ellis’ selection. It was later used to haul the ore from his gold mine to the crusher and to carry corn from his fields to the barn.  A team of bullocks was used to pull the cart. The “Flintstone” design of the wheels meant that it was able to traverse rough terrain.  The rear wheels are made from a cedar log, cut and shaped with an axe and adze, the front wheels are made from brush box, the front section of the chassis has been cut from a piece of box log with the bearing portion incorporating a limb, adding strength to the design.

George Ellis was an innovative and skilled wood craftsman who frequently utilised the natural form and strength of timber in his designs.  He was one of the first cedar cutters in the region and would have needed the cart in the rough terrain to haul out cut timber.  The cart would have additionally been necessary for the requirements of his selection of land that it be cleared and used for farming.

George was also a keen gold miner and used the cart to drag the ore downhill to his crusher and there are community memories of it being used to transport corn from the fields to his barn. 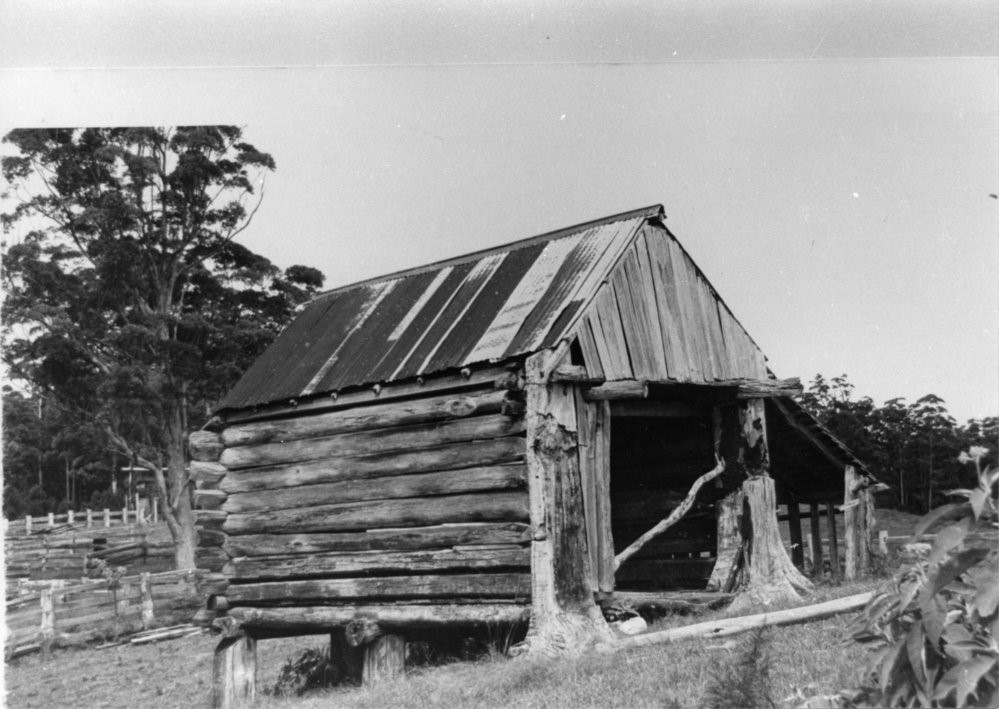 This timber jinker is representative of timber jinkers, of which very few survive today, and reflects George Ellis’ excellent woodworking skills and adaptations which make it unique. It is appears to have been repaired, however, these have been kept true to the original form.

The cart has been in the Coffs Harbour Museum collection since the early 1970s and is one of its favourite and treasured objects.  It has strong community ties and memories, having featured in numerous newspaper articles and local history publications. It has affectionately been given its own special name by the Coffs Harbour community, and is widely known as the “The Flintstone Cart”.

The “Flintstone Cart” or timber jinker reflects the ingenuity and innovation of pioneers, such as George Ellis, in crafting from local resources and their ability to build items from scratch. It demonstrates a primitive yet sculptural and ingenious design which immediately draws attention, and has a powerful, robust, vernancular and masculine design which resonates with most who view it. 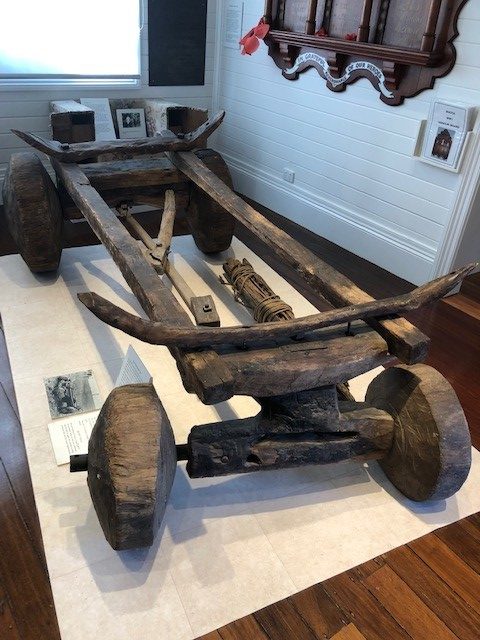