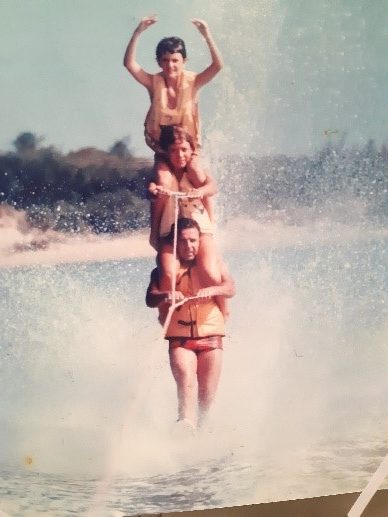 Fig 1, Bob Hannaford, Gail Murray, and Tammy Mills-Thom, 1960s. Tammy is at the top of the human totem pole. Courtesy of Coffs Collections

The first man to water ski in the world is widely believed to be Ralph Samuelson of Minnesota, USA, in 1922. In 1925 Ralph Samuelson also became the world’s first water ski jumper.  Water skiing came to Australia in 1934, when Ted Parker skied at Hen & Chicken Bay in Sydney. The sport did not become popular until after the Second World War. Coffs Harbour’s entry into water skiing in around 1949 proved it to be a pioneer in the regional water-skiing arena.

Jim and Bob Limbert (see Fig 2 below) from the Coffs Harbour region were reputedly among the first water skiers in Australia. They built a boat from local flooded gum, powered with a car engine. They also made their own skis using 9 foot (3 metres) long, one inch (2.5 cm) thick and 8 inch wide Oregon planks. They skied at Jetty Beach and on the Bellinger River. Later the Coffs Harbour Water Ski Club used North Beach where they built a concrete launch pad and club house. (Courtesy Picture Coffs Harbour mus07-1266)

Cliff Murray, together with Bill & Patty Mills-Thom, were the founding members of the Coffs Harbour Water Ski Club. The club began in around 1954 and continued until the late 1970’s. All three were made life members in 1975. 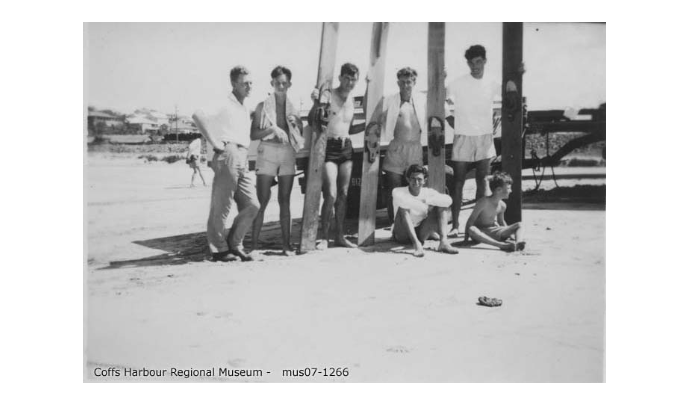 During the 1950s, Cliff Murray and Bill Mills-Thom were the only people in Coffs Harbour to make water skis. They initially referenced a photo in a magazine showing Italian skiers and copied the idea. Over time they developed their own techniques to get better performance. The first skis in Coffs Harbour were probably made about 1950 and were very basic in design. The picture above shows a group of skiers in about 1950. The skis were little more that planks with a foot hold screwed on. Cliff is the man with the white shirt sitting on the sand in the picture above (fig 2).

Water skiing was very much a novelty pastime and exhibitions by these men and women attracted much community interest in as evidenced by several articles in the Coffs Harbour Advocate at that time.   In December 1958 a well attended carnival at North Beach, Mylestom, netted £400 which was donated to the Ambulance service as was the usual practice.  Local skiers and the Coffs team between 1961-64 took out several zone, state, and national titles, some of our local famous skiers were Peter Brindley, Graham Loader and Doug McQuade and Bob Hannaford. 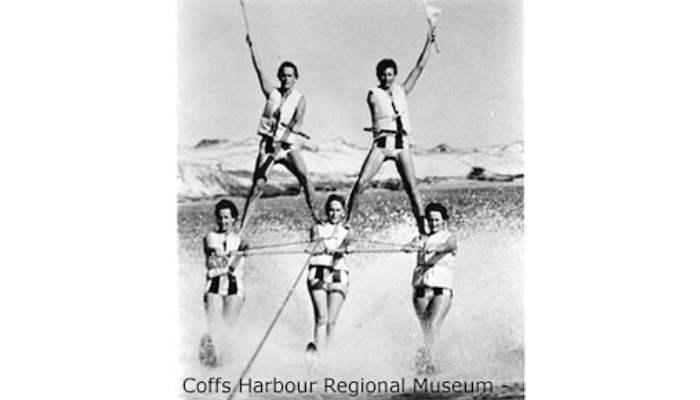 The Coffs Harbour Regional Museum has on display two separate wooden water skis (see below, fig 5) that were hand made from local timber by Cliff Murray in the mid 1950s. One of the skis has a foot holder made from wood and thick leather and is currently configured for backwards skiing. The second ski has two rubber foot holders, indicating that it was made and used as a single ski. Both skis are shaped and varnished. The skis are in good condition for their age and both show evidence of having been converted. These markings help tell the story of the progression of water-skiing skills and the innovation required in the resource poor post World War II period. They are a rare example of handmade water skis in Australia and are likely to be the earliest surviving skis made at Coffs Harbour.  They illustrate the beginning of a new era in the Coffs Harbour economy with increasingly reliance on water sports and leisure based tourism.