In a previous post describing the jewels of the Coffs Coast, there was mention of the Banana Bowl Caravan Park inaugurated by the Hill family. The Caravan Park was situated in Korora – a local word which means “the crash of the waves” or “the roar of the sea”. It was also very near to Pine Brush Creek, flowing through coastal rainforest, named for large hoop  and other pine trees.

The Caravan Park was opened on 22 December 1960, and John Hill was appointed the first manager:

Despite the view, the road sign leading down to the beach worked very hard to entice the public into the holiday park:

… An ultra modern caravan park and camping area is below you on the beach front beside the lake …. Hot Showers  Septic toilets  Laundry  Washing machines  Power  Ice & a fully stocked shop are at your disposal …. Safe swimming Diving Board Ponies & Canoes are free for the children …. Outside beach rock and spear fishing are easily accessible from here while there are many estuaries in the area for the enthusiasts …. All sports are available to you and many scenic drives and walks are within the area …. Visitors are invited to drive through the plantation where fresh banana bunches or hands may be inspected

It was possible to stay at the Beach prior to 1960 when the Caravan Park formally opened. The locals loved to have their Christmas parties here and they became a regular event. In December 1956, more than 1,000 people including 600 children were guests of the Ex-Services’ Club.

These photographs exemplify the ongoing popularity of the Banana Bowl: 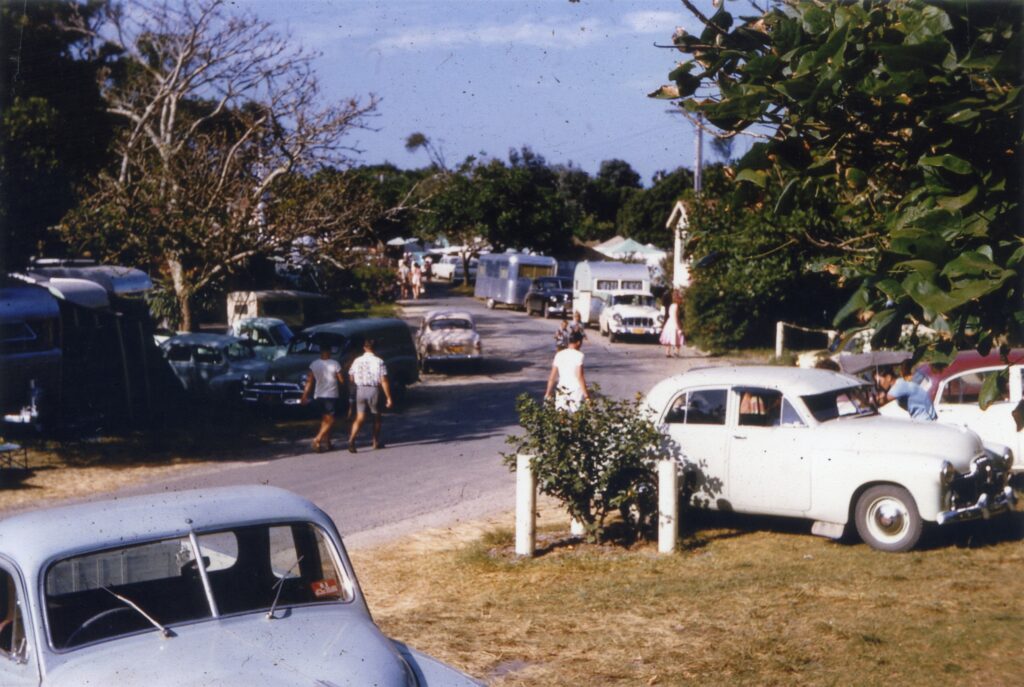 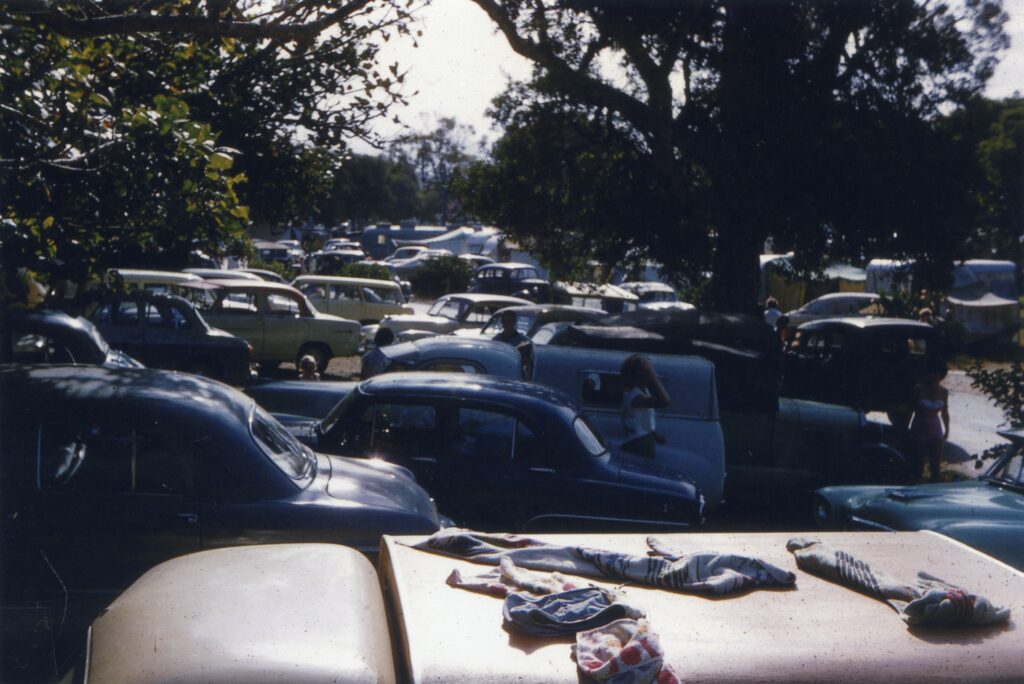 Despite the obvious attraction, the Caravan Park was only to survive for a relatively short time…