The Museum collection holds some beautiful objects, and these embroidered postcards are such an example. 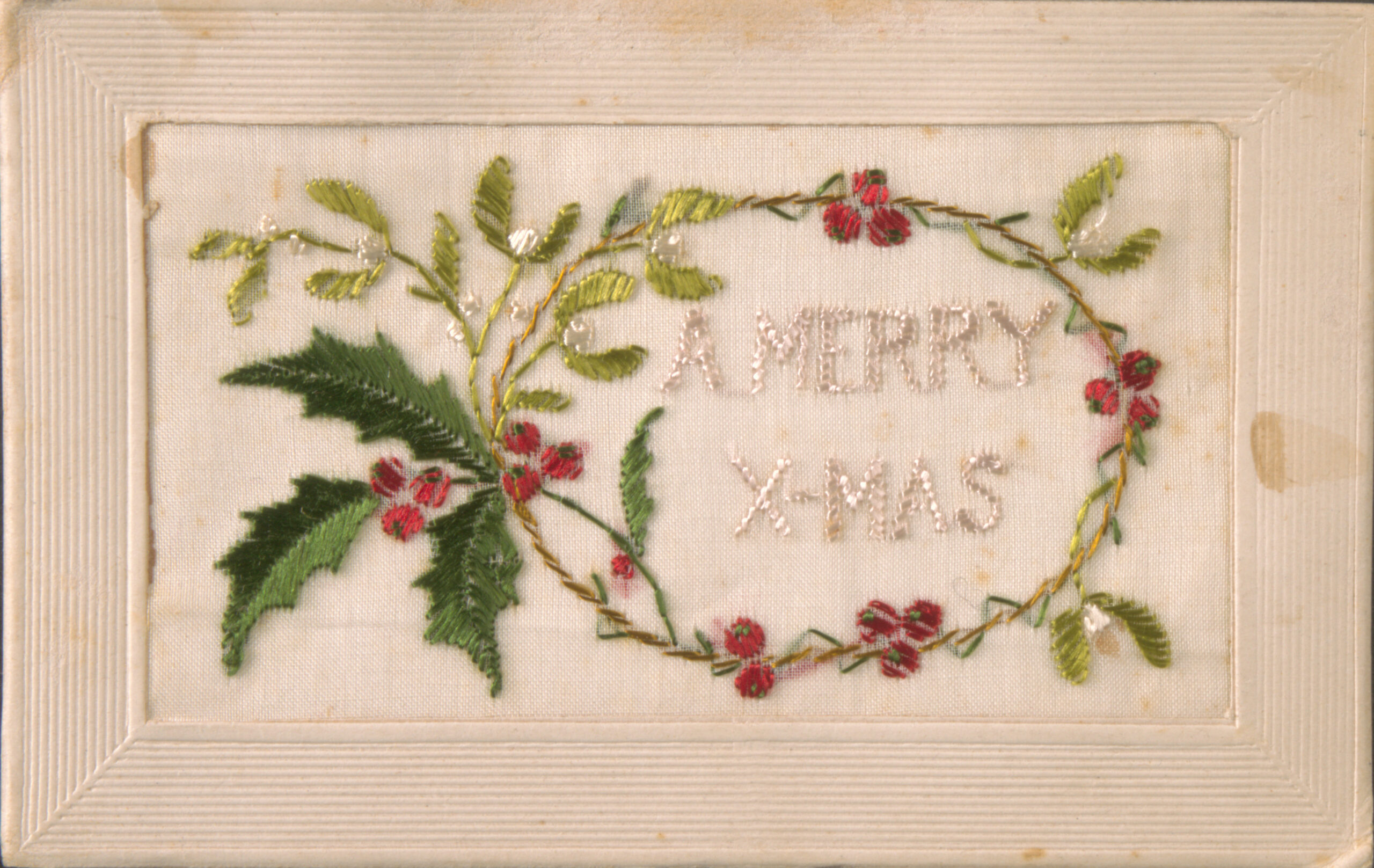 Known as ‘French silks’, they were handmade by Frenchwomen during World War 1. Early on, the embroidery would be done at home and then taken to factories where they were glued to cards. 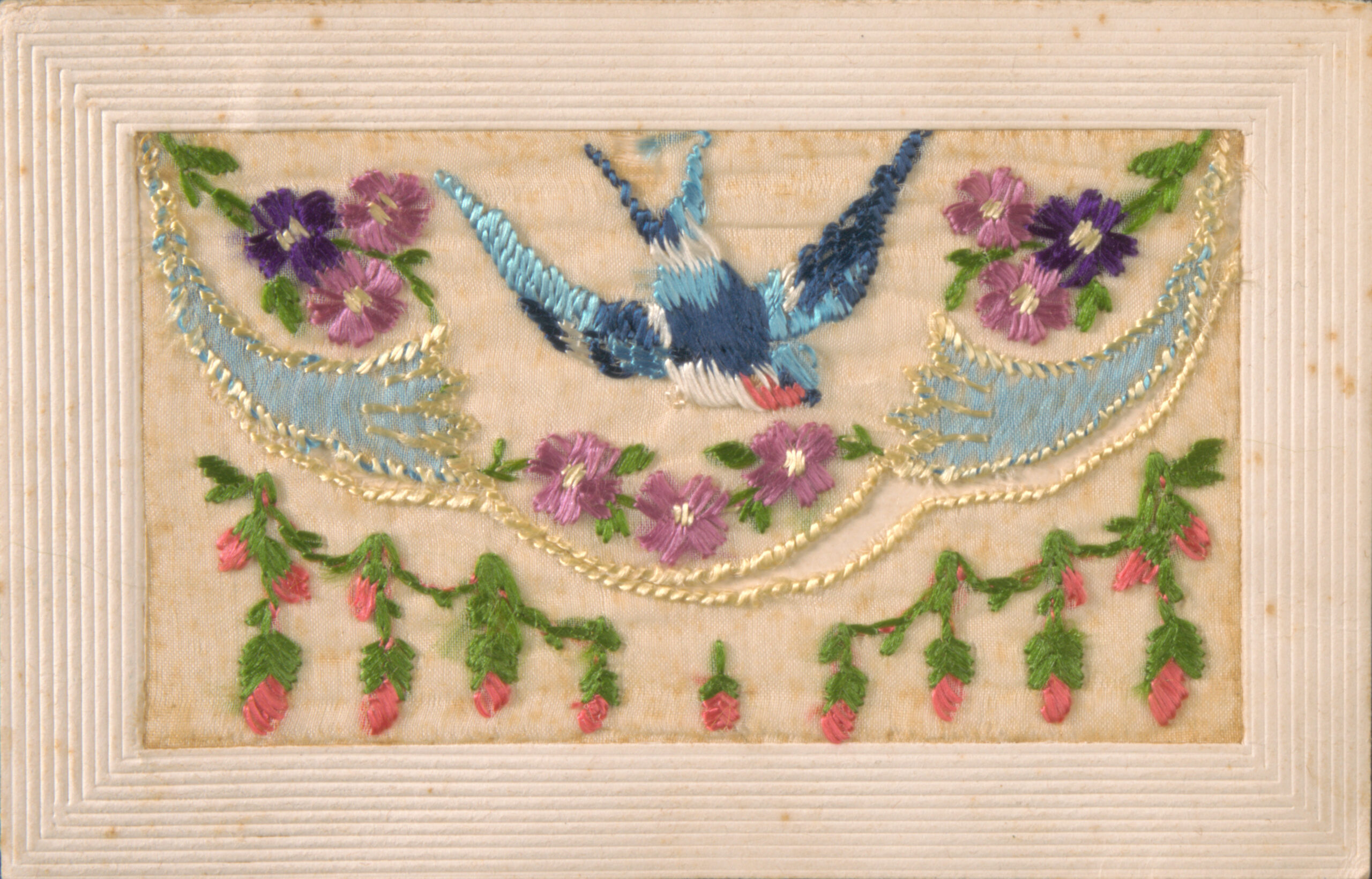 Their imagery were often heroic or romantic, sending messages of patriotism and victory, or love and fidelity. 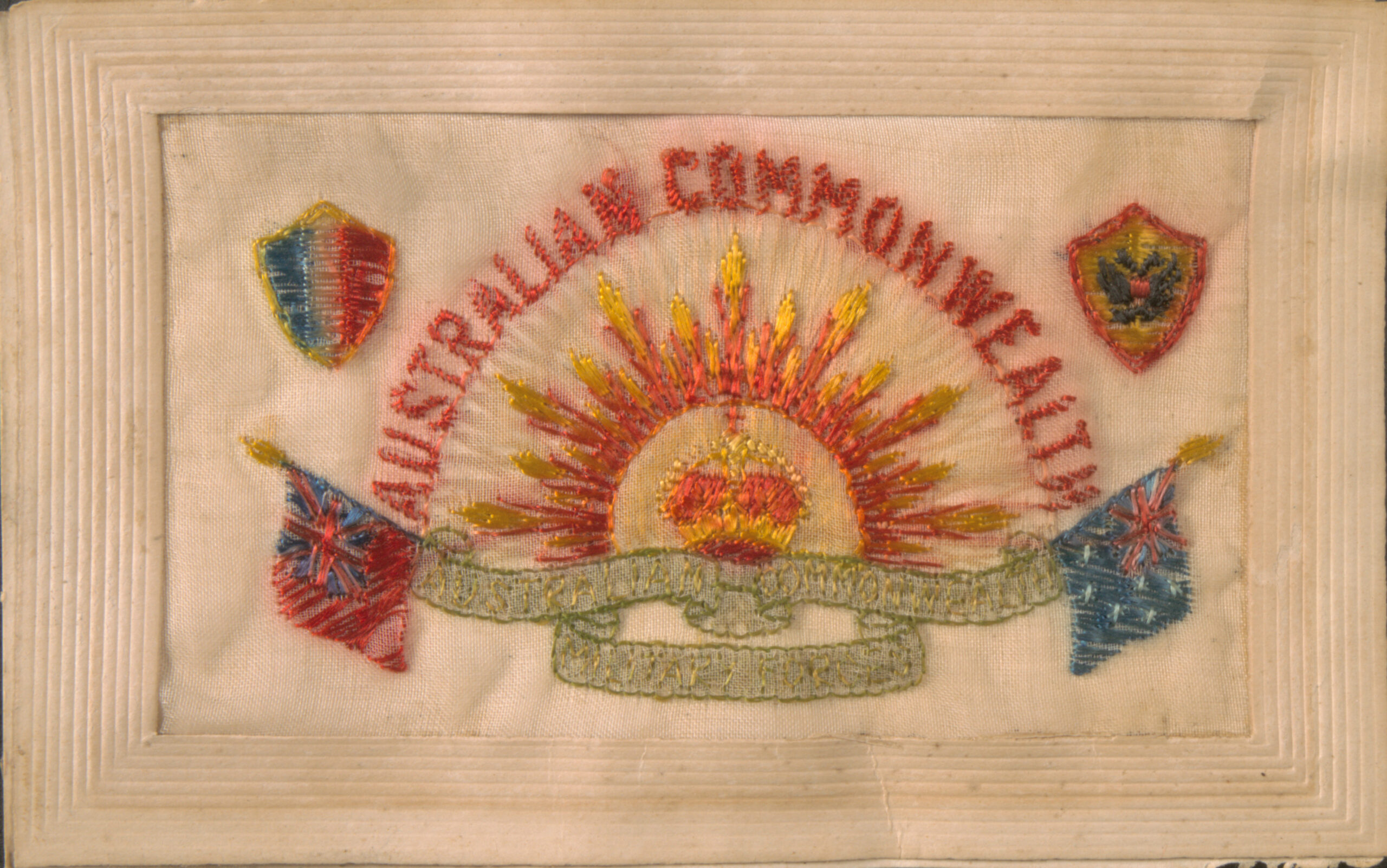 Their bright colours and delicate designs must have served as a sight for sore eyes for weary soldiers, surrounded by khaki and mud. They may have served as reminders of their own womenfolk waiting for them at home, and the promise of domestic comforts. 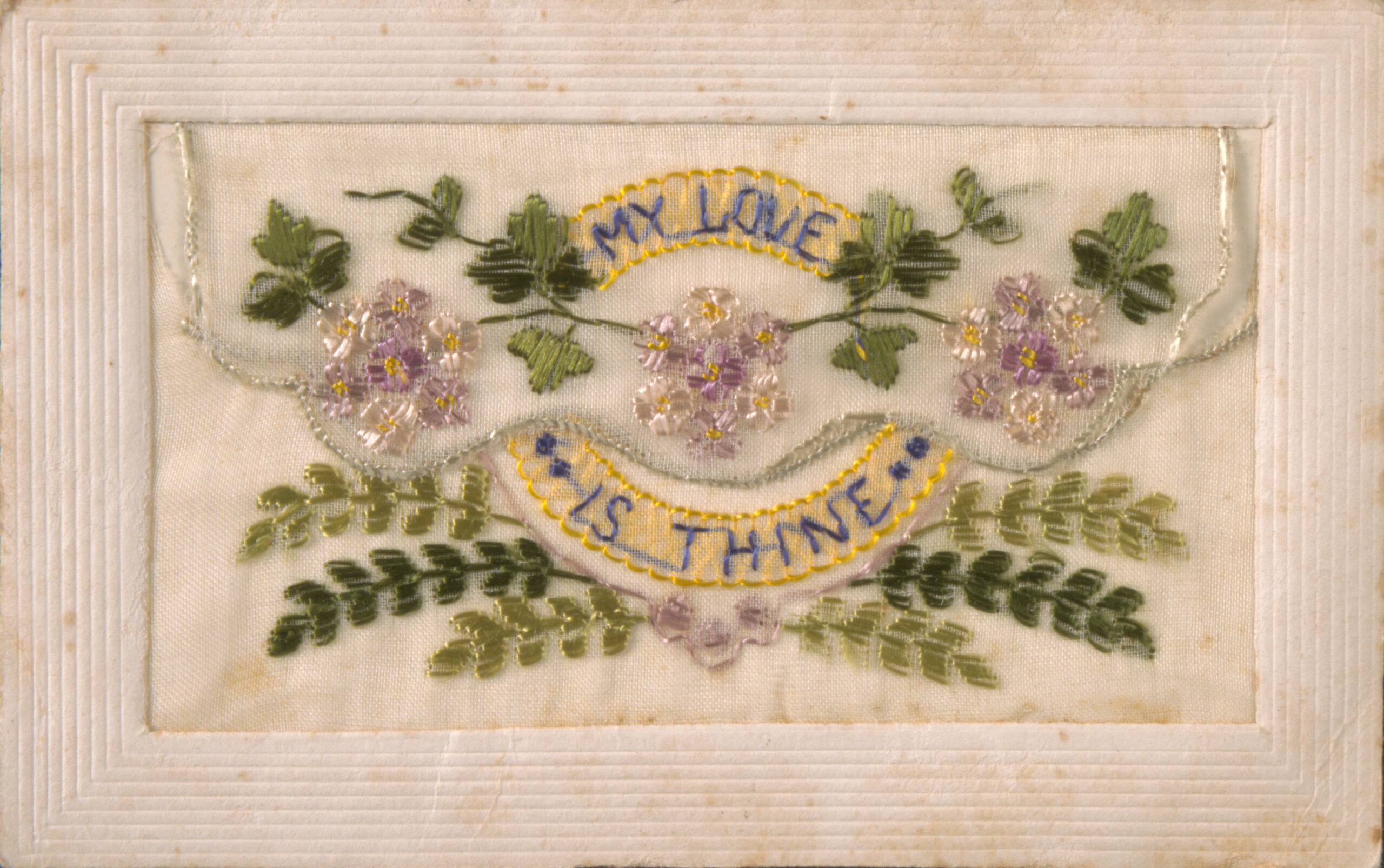 See more embroidered postcards at Coffs Collections, and have a safe and happy holidays on behalf of everyone at the Coffs Harbour Regional Museum.