As noted in our last post, Dr William Comely Speece was the first doctor to settle in the local area. The first resident General Practitioner was Dr Robert Kane, appointed in the same year as Will Speece died – 1907.

Will Speece had been in the district for only nine years. He came to Australia in December 1885 as an unassisted saloon passenger on the Zealandia.

He immediately sought to be legally registered in New South Wales:

Not long after, Dr Speece attracted an imposter: Sidney Herbert a.k.a. Herbert Saunders, a.k.a. Lardner, a.k.a. Dr Spence. The names Lardner and Spence may possibly be a journalist’s misprint.  Which was his real name? The only one we know with any certainty was that he was not William Speece.

He was arrested as Herbert Saunders, and was known to police:

Before he had even crossed paths with Dr Speece, this person did four years of hard labour on a road gang.

Interestingly, his release information mentions that he had travelled on the Zealandia – the same ship on which Dr Speece migrated, although in a different year. This postal service ship first arrived in Australia in 1876 from England. Its passage was acknowledged as notable for the shortened time travel: 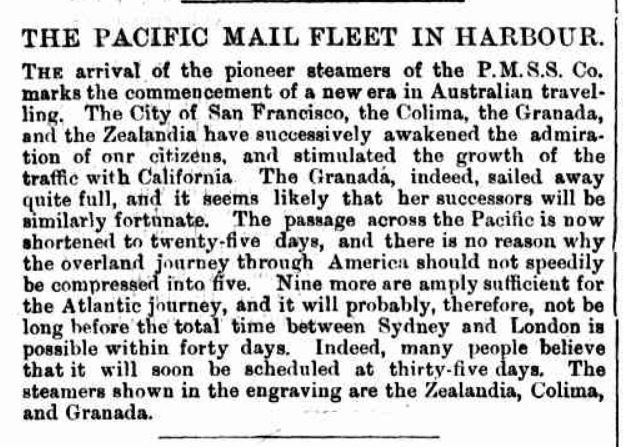 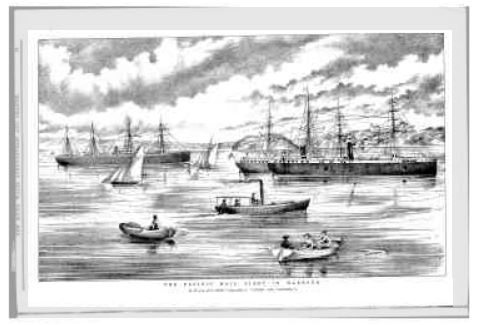 Was Sidney Herbert a passenger? He is not an obvious inclusion here, although he may have travelled in third class (steerage).

Note that the other possible names, such as Herbert Saunders and George Gardener, also did not appear.

Was he a doctor? As his most prevalent crime was “False Pretences”, it is highly unlikely that he was a registered medical practitioner. But by 1891, he had become Dr William Speece: